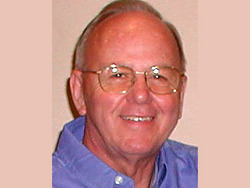 The Performance Consultant/Trusted Advisor is often called upon to work with senior management. In this role, the PC/TA needs to be ready to facilitate and assist senior managers in their quest for a solution to a given problem or issue. Three powerful, proven techniques commonly used are: the Nominal Group Technique, Force Field Analysis, and The Affinity Process. A brief description of each follows:

This is a five-step process used to identify priorities of selected issues and develop an expanded perception of issues and ideas. It’s done with a group of people involved in the issues at hand.

The five steps include:

1. Silent Generation where each person is given three or four index cards and writes down one issue per card.

2. Round Robin Listing is then done where each individual lists one issue per turn.

3. Serial Discussion is done where items read are clarified.

4. Individual Ranking is done by giving each person two index cards. Each person selects their top two issues; each person then assigns two points to their top issue and one point to their second ranking issue.

5. Collect Cards and tabulate the top issues based on points given.

This process looks at the present state of affairs (status quo) on a given issue. There are two distinct forces at work to maintain this position: driving forces and restraining forces. According to Kurt Lewin, one of the fathers of American psychology, “An issue is held in balance by the interaction of two opposing sets of forces—those seeking to promote change (driving forces) and those attempting to maintain the status quo (restraining forces).”

The driving forces are those working to get the organization ahead and may include incentive earning, pressure or encouragement from a supervisor. These forces usually initiate a change and keep the forward movement going.

Analyzing both forces, looking at where the organization is and where you want it to be, and then modifying the forces (increasing driving force or decreasing the restraining forces) may temporarily slow down forward momentum in the short run, but increase productivity in the long run.

This process involves six steps and is used to identify major themes out of a large number of ideas, opinions, or issues. Steps are:

1.    Identify the board issue or problem statement.

2.    Ask participants to record issues involved in the problem on an index card. Each statement should contain a noun and a verb.

3.    Randomly place the completed cards on a table or wall.

4.    Silently sort the cards into related groupings based on first instinct.

5.    Then the group will discuss and then create header cards based on the theme of the cards in each group.

6.    Draw lines connecting headers to all the cards beneath them.

While each of these has proven very valuable and are widely recognized as keys to effective problem-solving, it always helps to first evaluate which of these methods is best for the situation at hand. But with all three—you’re well-equipped to assist your senior managers and become a Performance Consultant and Trusted Advisor, not “just” a trainer.

Rich Ragan was a Bob Pike Group senior consultant for more than 15 years.